Kansas mayor resigns amid backlash for supporting mask mandate: 'I was afraid'

Mayor Joyce Warshaw of Dodge City, Kansas, resigned Tuesday after receiving an onslaught of harassment and threats following a mask mandate that she helped pass weeks ago.

She told ABC News that "was a tough decision, but it was the right one," because she didn't "feel safe."

"I was afraid. I didn't want to go to anymore," Warshaw told ABC News. "[I was] just worrying about who was going to show up there or who's going to meet me out in the parking lot."

Warshaw took part in passing ordinance on Nov. 16. Unless the city's commissioners vote to reverse it, the mandate will be in effect until Feb. 15.

The mandate requires Dodge City residents to wear a mask indoors, if 6 feet of distance between people of different households cannot be maintained at all times. Mask wearing would also be enforced while residents are in line waiting to enter a public space, such as a grocery store, and while waiting for and using , ride-share or livery services.

Warshaw said the decision came after a second wave hit the community at the end of October without a mandate from the county level. 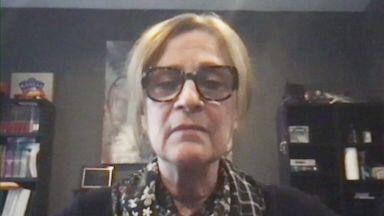 "It ultimately fell on our shoulders as the city [as] the largest entity in Ford County," Warshaw said. "We knew that it was time for us to step up to the plate… It was quite a venture leading up to Nov. 16 when we passed the mandate."

She added that two doctors from the city spoke to the commission, and that the leaders also reviewed research from the before they made their decision.

"When I looked at the science and I did my own , there was no doubt in my mind that we as a society have to step up to the plate and do what we could for our fellow citizens," she said.

In the coming weeks, she said she was bombarded with harassing and threatening messages from residents who opposed the ban. She said many were "aggressive" and called her a liar.

"Even though it was just verbiage … the state of affairs where we're at now with the pandemic, with the political unrest, so on and so forth, who's to say that those words couldn't ultimately become actions?" she said. "We've seen that happen across the nation."

In her resignation letter, she wrote, "[I] am hopeful in removing myself [from] this anger, accusations and abuse will not fall on anyone else and will calm down." 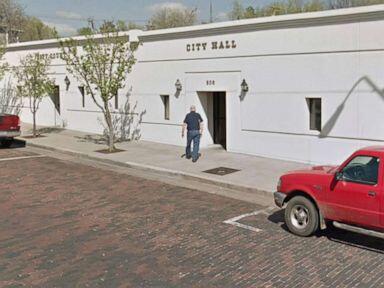 Street View – PHOTO: In this screen grab from , is shown in Dodge City, Kan.

There are exemptions to rule, including children under 5 years old and people with a medical condition that prevents them from wearing a mask.

The city said that those who don't comply could face a maximum fine of $25.

In Warshaw's letter, she wrote that she has "no regrets" about any of the decisions she made as mayor, and that she believes the mandate was passed in the "best interest of all of you and Dodge City."

The commissioners will have 60 days to pick a new mayor. If they miss the deadline, there may be a special election for the position.

As part of the ordinance, the commissioners had agreed to meet at the end of each month to review the mandate. Their next one will be Monday.

In honor of their sacrifice, let us remember their faces.

In Ukraine, a Russian tank had driven over the civilian car.

In honor of their sacrifice, let us remember their faces.

In Ukraine, a Russian tank had driven over the civilian car.